I was born in the Philippines to a small family, and at the age of 2 I moved to Singapore. I remember near to nothing about my time in the Philippines, so I would say the beginning of my childhood took place in that nifty little city-country. I received good education there—however, at the age of 8, I moved to Australia, where I’ve lived until now.

My interest in illustration is a vein that has ran throughout the entirety of my life—there was no specific starting time in which I began drawing. In my youngest years, I would often draw on whiteboards, be it on portable ones, the large one I had in my small flat in Singapore, or wherever a whiteboard was present. Like many children my age, I had a fascination with dinosaurs, and would draw a wide variety of these ancient creatures while referencing the numerous dinosaur books my parents bought me. I would also attempt to make hand-drawn copies of my favourite storybooks—perhaps this is where the seeds of my current illustrative interests were planted.

And indeed, my interest specifically in comic illustration would sprout forth upon the discovery of the manga ‘Monster’ in a local library. At the age of 9, while I enjoyed cartoons and comics and such, I was also aware of their infantile nature. This preconception would serve to heighten my shock at the discovery of ‘Monster’, and in extension the field of manga in general: unlike anything I’d ever read before, it was complicated, visceral, and heart-poundingly scary in a way I couldn’t comprehensively explain. And it was achieved only with black and white. I fell in love with manga and its stylisations at this moment, and it’s grasped my soul ever since. 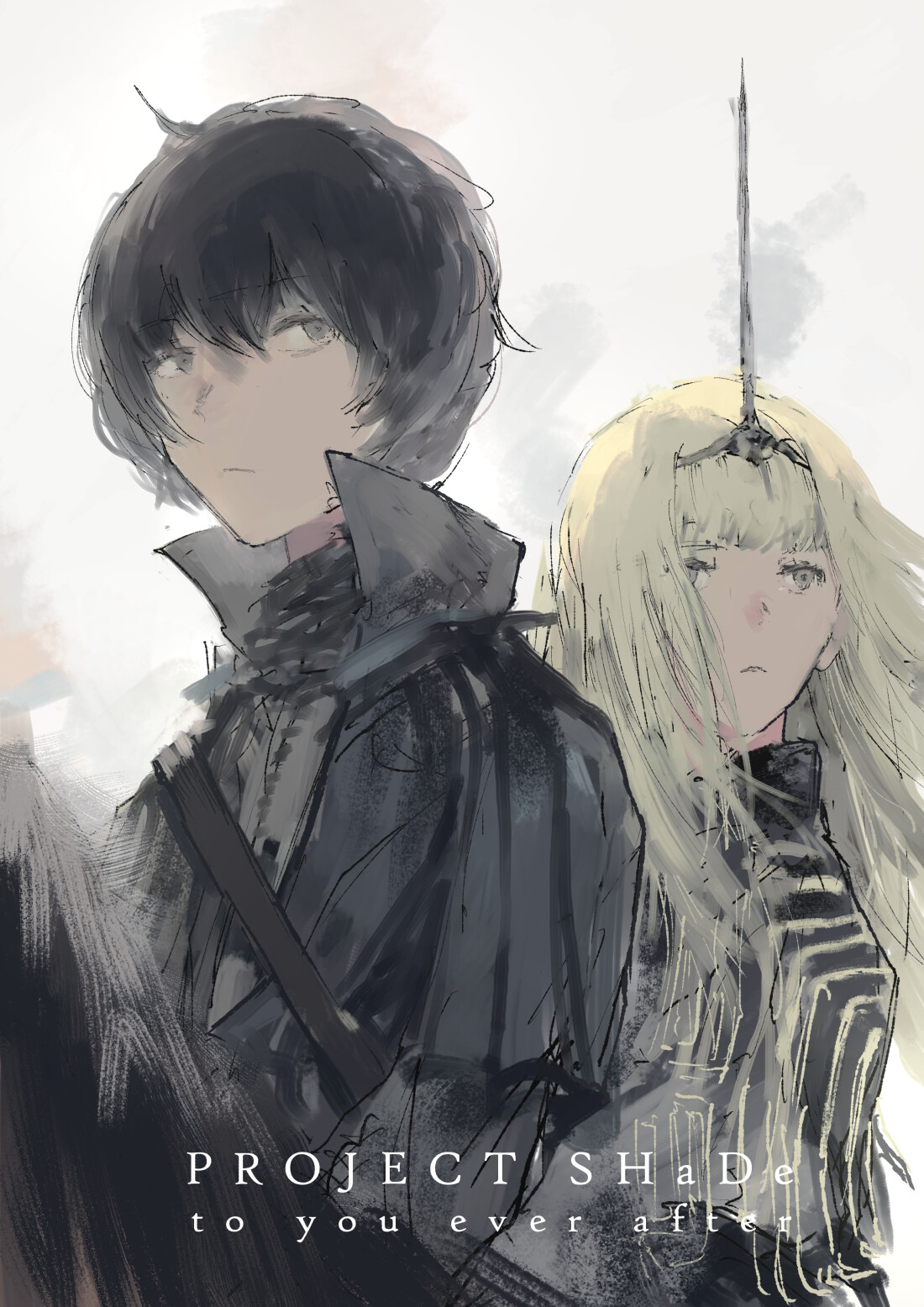 Studying and learning to become an illustrator is difficult when you’re doing it by yourself—the way forward is nebulous, and you end up doing a silly-looking back and forth tango with your progress. However, being a youngster in this technological age, the situation hasn’t been as difficult as those of previous generations—art tutorials and pdf rips of art books and study guides are rampant all over the internet. The only problem is that everyone else your age has access to them too, and they’re all just as good as you are. Hmm… maybe nothing really has changed.

The truth of the matter is that I’m not a professional comic artist—I’m just an amateur that’s posting their work wherever they can, and a good number of people just happen to like them and are following my work.

My first decent webcomic was a one-shot comic called ‘Catma’. After that, I began working on my long-running series ‘Project SHaDe’, a story set in a world where people turn into contorted monsters (it’s not a very nice place to live in), and are killed and cleaned off the streets by hunters named ‘Venators’. I’ve also made a few one-shot comics on the side, including Lisa and the Town, Iron Lungs, Minami in the Night, and Black Wings (which I actually won a prize for in the Silent Manga Audition!)

The comics industry in Australia is non-existent—either that, or I’m ignorant to the comics scene in this country, which is most likely the case.

However, webcomics are becoming increasingly popular, especially amongst younger people. With the popularity of manga—which is only accessible online for people outside of Japan—and the establishment of webcomic platforms such as webtoon, it’s no wonder that so many people are flocking online for this kind of content, as opposed to buying them physically. And besides, most young people these days (including me) are brought up with shiny iPad screens and instant internet access, so what better place is there to reach out to young people?

The internet being the internet, it’s hard to say what people’s preferences are. But from what I can gleam in places like webtoon or tapas, readers enjoy art styles that follow the vein of anime and manga, with pretty colours and appealing/approachable character designs.

In terms of stories, it’s more difficult to pinpoint—the aforementioned platforms host a wide variety of genres, including action, thriller, romance, mystery, fantasy etc. However, what makes these stories popular—at least to me—are those that feature young relatable characters, and those that are sensational in nature—the type to hook you in instantly and leave you anticipating for the next instalment. With this in mind, romance stories are wildly popular on these online platforms—they prey on instincts we’re all riddled with, and play with a subject matter that every young person has to deal with at some point. Damn, maybe I should try my hand at one. 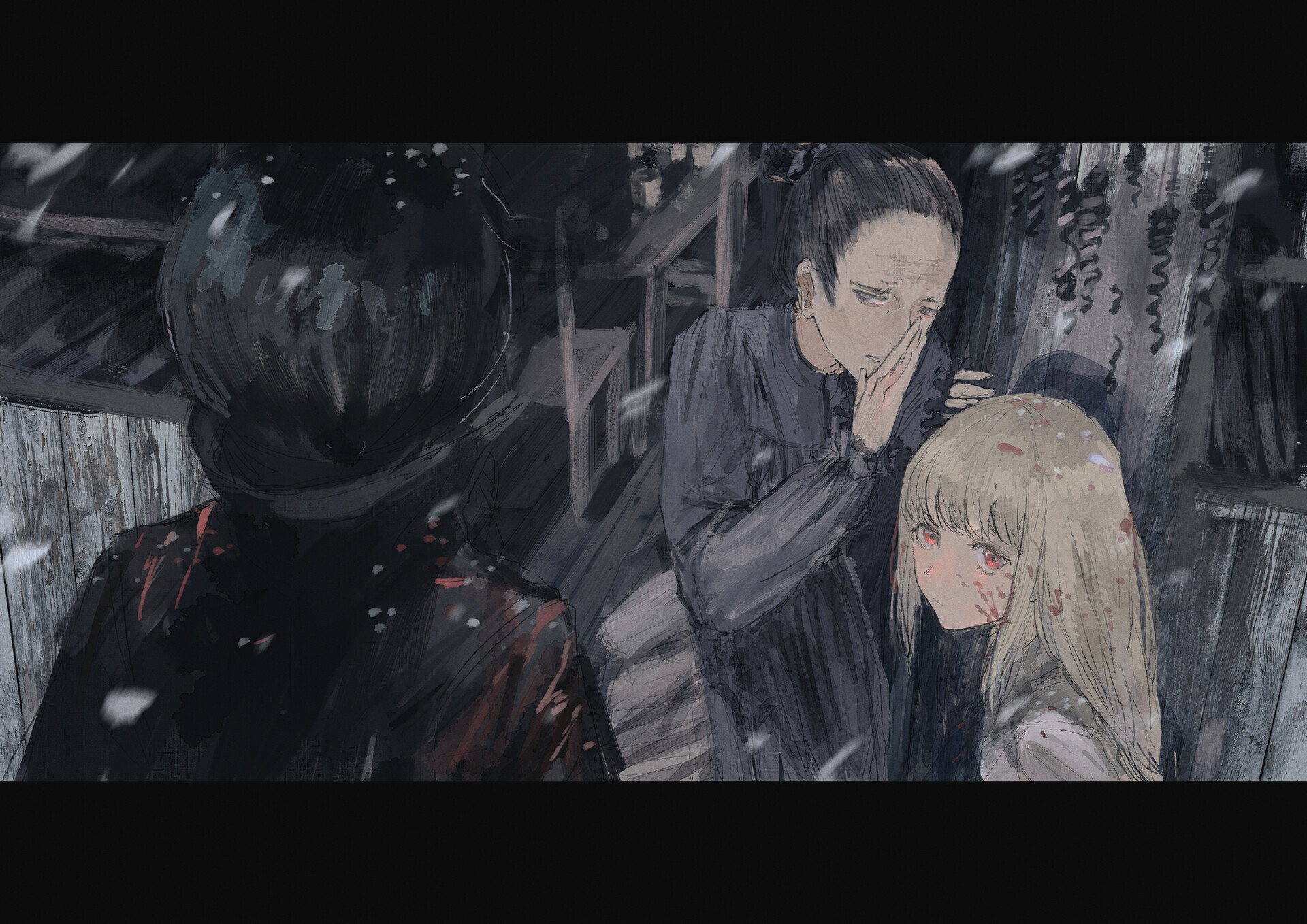 I remember very little about my childhood, and I can’t say much about any role models I had during that time, save for maybe Ben 10 who I watched every Monday when I lived in Singapore. However, in high school, my largest influences came from the worlds of manga and classic literature.

On the side of manga, Ishida Sui and his work ‘Tokyo Ghoul’ was a huge source of inspiration, whose approach I study to this day. Asano Inio and his work ‘Oyasumi Punpun’ also had a huge impact on me, in that it left me feeling depressed for a week—nothing else has imposed this sort of effect on me since (with the exception of one). Other manga authors I enjoy to this day include the likes of tkmiz, Naoki Urasawa (he wrote Monster), Tsutomu Nihei, Hiraoki Samura, and Matsumoto Jiro.

On the side of classic literature, Franz Kafka and his novella ‘The Metamorphosis’ was one of the works that sparked my interest in books in general (this is the work that was an exception). His numerous short stories left an impression on me just on account of how strange yet sombre they managed to be. I also had a growing fascination with Dostoevsky—I read his ‘Notes from the Underground’ and laughed at how accurately he manages to lay out the psychology of someone like the ‘underground man’.

There was a special role model for me though, and his name was Yoko Taro—a Japanese game designer and director. I fell in love with his sleeper-hit game ‘NieR:Automata,’ and watching his interviews, he seemed to be a very strange and eccentric man (he always wears a funny-looking skull mask when he gets interviewed). I admired his approach to storytelling, and I think many of his methods have rubbed off on me. 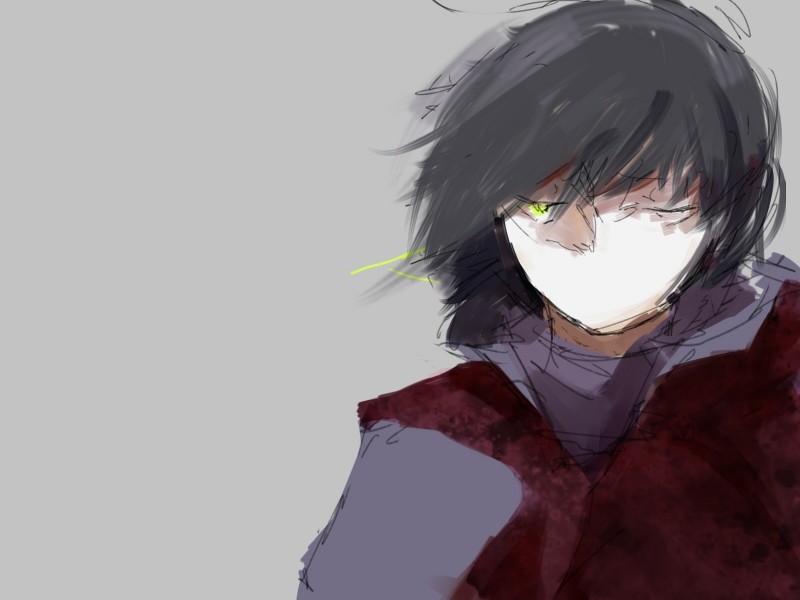 Of course, in the same way that everything they ever see and consume affects their realities. People who create entertainment have a massive amount of power over the consumer’s psyche. Chuck Palahniuk wrote the novel Fight Club, and after its adaptation, the phrase ‘first rule of fight club: you do not talk about fight club’ has become common vernacular in the western world. On a more morbid note, Hitler made use of radio to give speeches and influence the collective psyche of the German people. Though comic books may not be as widely accessible as movies or music, who knows how comics can influence its readers. That’s pretty crazy.

In terms of awards or external acknowledgement, I think my one-shot Black Wings and its winning the 3rd prize for one of the Silent Manga Audition’s rounds is my biggest achievement. Before then, I thought that most of my works were unbearable to look at. But now that professional mangaka have judged one of my works and thought it worthy for a prize, it’s changed my outlook on my own comics: I now know that they’re at least readable.

You should stop reading this and start drawing something. In fact, you should have stopped much earlier—you shouldn’t have even started reading this interview at all. Go draw something—if it’s your first time, do something small. Baby steps, baby steps. Also, do what you think is fun—if you don’t enjoy yourself, you’ll end up miserable.

I’ll be continuing to draw Project SHaDe, make one-shots now and then, and then maybe draw a romance comic.