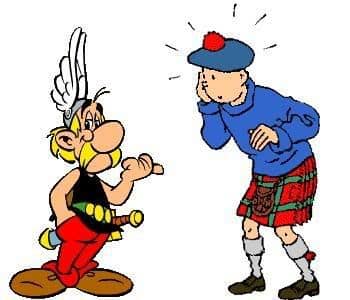 I was born in Barcelona (Spain) in 1977, I have one younger brother. I read a lot since Primary school, both books and comics: the Bruguera magazines were the first, the Mortadelos and Superlopez being my favored ones. Also, the most basic of the belgian albums: a dozen of Tintin, a couple of Asterix... Maybe at seven or eight, I started reading superhero comic books, I think either a Superman or a Hulk in the Bruguera edition was the first, but it really was a Superman anthology book edited by Novaro and later La Caixa that captured my imagination: "La Historia de Superman", with 18 stories from the 50s and early 60s, with Curt Swan and Wayne Boring art, and maybe a bit of Al Plastino. Together with the first two Superman films, I was sold. I started buying the last pre-Crisis Superman stories that Ediciones Zinco brought to Spain, then followed the character post-Crisis for the whole time Zinco had the rights, until 1996.

I would have stayed reading only one character and related sagas if it hadn't been for two factors: two floors above mine lived a boy my age, Albert, who collected the Marvel Comics published in Spain by Forum. We traded our readings, and each discovered what the "distinguished competition" was doing, and how alike and different were their stories and characters. Iron Man, X-Men, the Secret Wars... And the "What If" series, which opened my mind to another of my passions, alternate universes.

There's also a weekly marketplace in Barcelona that on Sundays became a trading post for all kinds of books, magazines, trading cards, videogames... and comics, of course. The Sant Antoni Market was a place to take your old comics and finding some new ones, and there I caught glimpses of other series and publishing houses. The last bit of my early comic book interest was Dragon Ball: I was never deeply into manga, but I followed the White and Red series of Dragon Ball from the beginning to the end. My first novel-size fanfiction was, in fact, related to it.

I studied Humanities and Journalism at the Pompeu Fabra university, and intertextuality was one of the subjects that interested me the most, together with cultural journalism. Intertextuality became, in the end, the basis for my first essay books on Doctor Who, "The Bliss of Fatal Death" and "Algo nuevo, algo viejo, algo prestado, algo azul". 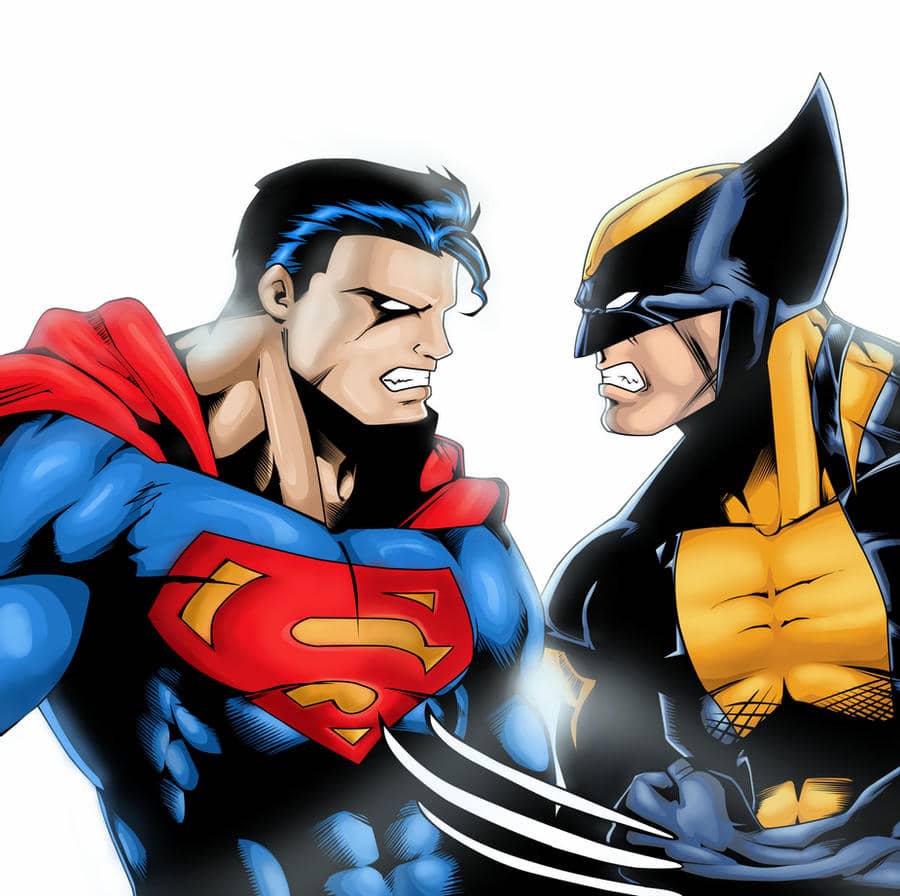 Superman has been the iconic character of my life: I've read it, written about it, disguised as him, watched every available film and series... It's in my email address (clark_kent_) and in my internet nickname (Kal-El el Vigilante). In college, I devoted two papers to him: one about the evolution and uses of the S emblem in the 90s, another on the female roles in the Byrne era of the character. It's a character that embodies both the aspirations of helping everybody and fighting injustice, being powerful but being humble. Being kind. It even defined my approach to being a journalist. I love the Byrne version of the character, also Jorge Jimenez's. And of late I'm really digging the original Superman from the 30's, when his powers weren't yet completely defined, and he fought street-level evils, from raging motorists to greedy landlords.

Out of Superman, I like a lot the Marv Wolfman/George Perez collaboration of the 80s, and the Byrne/Claremont team on X-Men.

I'm a kid of the 80s, so there's a lot of media consumption there: from the A-Team to Quantum Leap, from Mazinger to Dr Slump and Doctor Who, lots of Disney and musicals in my house. Cels Piñol's "Fanhunter" has been one of the mainstays in our home, too.

To me, comic books have always been just another kind of literature, so it's been natural to me to talk and quote and "intertext" with them as with any other body of books. When I started working as a journalist, I did it in local radio, local TV and web based radio and TV: here and there I tried to insert the major news and events of the comic-book world into the mainstream. I really entered into it in 2016, when I was offered to be editor-in-chief of the Spanish edition of the "SFX" magazine: our subject there were all kinds of fantasy and science-fiction, in any media. It started being more comic-book oriented when the magazine spawned the "Comicmania" half of it, which eventually became a magazine on its own and where I'm now one among many journalists.

It has changed a bit with the years, because "what is mainstream" has changed in these last 2 decades. But the main thing to take into account when being a comics journalist is "who is my audience?": it's not the same to write for a specialized media like Comicmania, 100% devoted to comics, than introducing an interview with a comic book author in a local TV station's magazine at 18 PM. As a journalist you are a conduit between the "news" or the person at hand and the audience: it never must be a show-off of what you know, but a bridge between the event about which you inform or the author you interview or the comic you review and the reader/watcher/listener, who knows certain things, ignores certain others and must reach the end being more fulfilled than when he or she arrived. I started publishing "white books" with Ed. Susaeta, that are uncredited factual books: how to quit smoking, 500 questions on dinosaurs, 1001 trucks... With Factoria de Ideas I also co-wrote the last couple of books in their "Fanpiro" role-playing line, based on the Fanhunter universe, "Sabadete" (2002) and "Barnacity by night" (2003).

In the last years, I've also been a reviewer for the theatre site EnPlatea.com, and I've proof-read and translated novels and comic-books.

-I feel the superhero comic-book is in a transition era: the success of the Marvel films and the growth of the digital market, plus the distribution quake in the US, are shaping into something different that is still unknown. Both Marvel and DC have been moving from event to event, from reboot to reboot, both hard and soft, trying to generate hype and entry points. It is yet to be see how that will be in 5 years from now, if the TV platforms (Disney+, HBO Max) will end having effects on the way comic-books are designed and marketed, and how much the digital experiments (Marvel Unlimited, DC Universe, ComiXology) will take from the paper market.

Around me, I find the current series of X titles headed by Hickman (House of X, Powers and X) have opened interesting doors, while the DC Metal event doesn't really find its hold. Batman and Joker still sell a lot: now, the publishing houses seem to react to that almost in real time, creating more and more Harley Quinn, Batman and Joker products, but I'm not sure that "instant satisfaction" is always paired with good works. "Staple" comic book seems to be on the decline, while paperbacks go up, yet the number of series published every month by Panini and ECC is staggering. The great amount of Spanish artists in US titles may also pull towards certain titles. Manga has a strong and vocal following among the Spanish readers, and is maybe living its golden age in Spain. About Indy and European comic books, they have their public, but a graphic novel author in Spain has it much harder to live from his work than, say, in France. So there's an industry, for sure, but is it big enough?

I'm currently reading lots of 60s-80s DC, from Wonder Woman's "Twelve Labors" to the Levitz Legion, the JSA, the Crisis crossovers or the early Silver Age Flash comic books. Things that hadn't been published in Spain. That's been possible because of access to buying legal digital comic books, but it's all in English, and I see that's still a barrier to make digital the norm outside the anglophone countries.

Any literature affects the reality of its reader. In the case of serial comic books, where characters are explored through decades of adventures and authors, they define aesthetics, moral grounds, put subjects on the spotlight, and constantly reflect, stretch or fight the definition of heroism and justice. Previously they were a white male CIS straight centered, and they still mainly are, but now the full spectrum of who we are as a society start appearing on their pages: representation is important. Religions, races, body types, genders, cultural backgrounds... Comic books reflect who we are now better that some years ago, and that reflection helps to belong into a shared society and proposing models of behavior.

For newcomers, I say : specialize but be open to diversity. Be great at what you love, but be receptive to change, to learn: specially when you interview somebody. Take that chance to enter the mind of another person to share it, their process, their approach, their views. Try it to be deeper than a mere conversation, and listen, because whatever questions you may have prepared, what you are being told usually opens many more interesting paths. 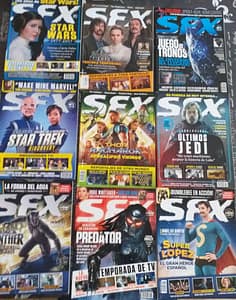 As a journalist, my two years editing SFX were an amazing experience, with lots of work but also lots of satisfaction. In comic books, the translation of the "Jack Kirby's The Prisoner" comic book was a hard task, and I'm very proud of how it ended.

As a writer, I love every one of my books. "The Bliss of Fatal Death" maybe is the more thorough of my books, as I combined my passion for Humanities and Fantasy/Sci-Fi. And it seems it also was the first non-fiction Doctor Who book ever written in a language other than English, so that's an honor!

Next January I'm publishing my second book with Editorial UOC's Filmografías Esenciales: "Más rápido que una bala" (Faster than a Speeding Bullet), a study on superhero films and an analysis of 50 titles. I'm eager for you to read it, and seeing if my reflections are useful to the community.

I'm currently writing a fantasy novel set in the year 1500, and have the follow up to "1387" in the works, plus a short-fiction anthology.