-I grew up in the late 1960s and 70s, reading and collecting comic books and newspaper comic strips. I have two older brothers who are also very much into pop culture, so I learned a lot from them. We collaborated on many art projects, making comics and short films. And I would draw cartoons on my own. My interests were always encouraged, I’m grateful for my supportive family. Perhaps my longest lasting influences from childhood were Charles Schulz (Peanuts), Harvey Kurtzman and Will Elder (Mad Magazine), and Jack Kirby (Marvel Comics).

I’ve been reading and drawing comics since I was very young, and I think practicing is the best way to learn. In the 1980s, I went to Parsons in New York City to study illustration, and I was very lucky to be introduced to Art Spiegelman and Françoise Mouly. I worked with them for many years on their various projects, especially their comics anthology Raw Magazine, and learned so much from them.

Most of my work involves parodies of famous comics.  My first graphic novel, Masterpiece Comics, adapts 12 literary classics (Crime and Punishment, Wuthering Heights, and more) in the styles of American comics.  Since then, I’ve done books using the unabridged texts of the iTunes Terms and Conditions and the U.S. Constitution. Using these sources as a starting point, I like to stretch out and play with different styles and forms from the whole history of comics. 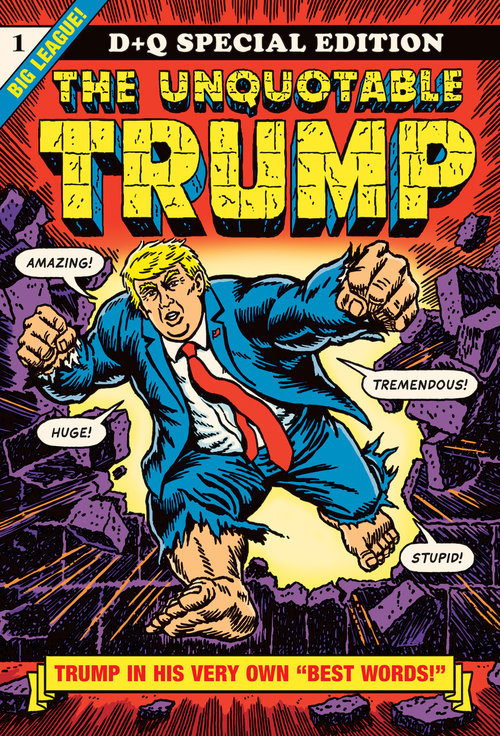 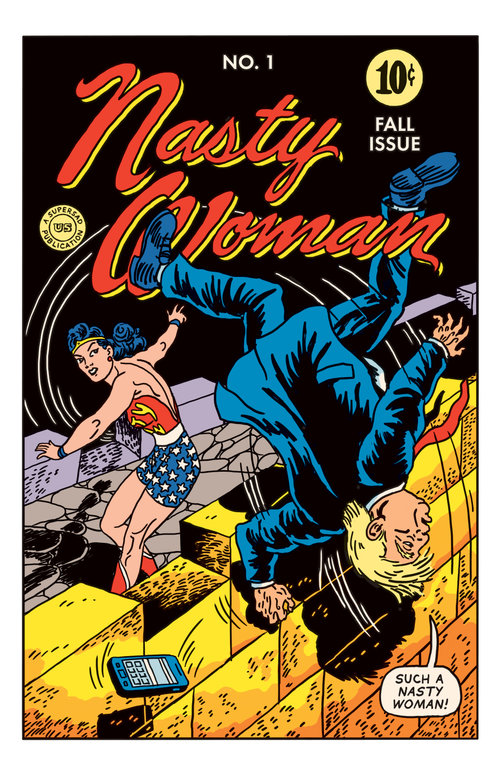 The comics industry is so diverse, it would be very hard to pin it down. My publisher, Drawn & Quarterly, produces a wide range of literary comics, but it’s one part of a huge market. There’s also action adventure comics, young adult graphic memoirs, humor books, all the Manga genres, and so many other subcultures. It’s very broad and exciting.

-Comics are so accessible and ubiquitous, they definitely do have a place in shaping opinion, teaching history, and reaching people on a personal level. Whether they’re overtly political or not, they can have an impact.

I even did a book on the president called “The Unquotable Trump,” but it was mostly inspired by the likes of Mad Magazine, so I wouldn’t be so presumptuous to say it affected any sociopolitical realities. However, we do give a portion of the profits to the American Civil Liberties Union!

My first book, Masterpiece Comics, was many years in the making, so perhaps finally finishing it was my greatest achievement!  I’ve also tried to challenge myself in different ways, and I think that’s necessary in order to maintain an artistic practice for decades. This book is an unabridged illustrated edition of the United States Constitution and all the amendments. It’s drawn in the styles of over 100 American comics, from the Yellow Kid (1895) to Dog Man (2016).

I’m currently working on a sequel to Masterpiece Comics, which will include an adaptation of Moby Dick, among other books.

-Finally, My advice is to draw as much as you can, to read as much as you can, and to not be afraid of new technologies and evolutions in the field. I’ve seen so many changes in comics since I graduated from art school in the 80s.  You have to be able to adapt in order to survive.  And look beyond comics for inspirations.